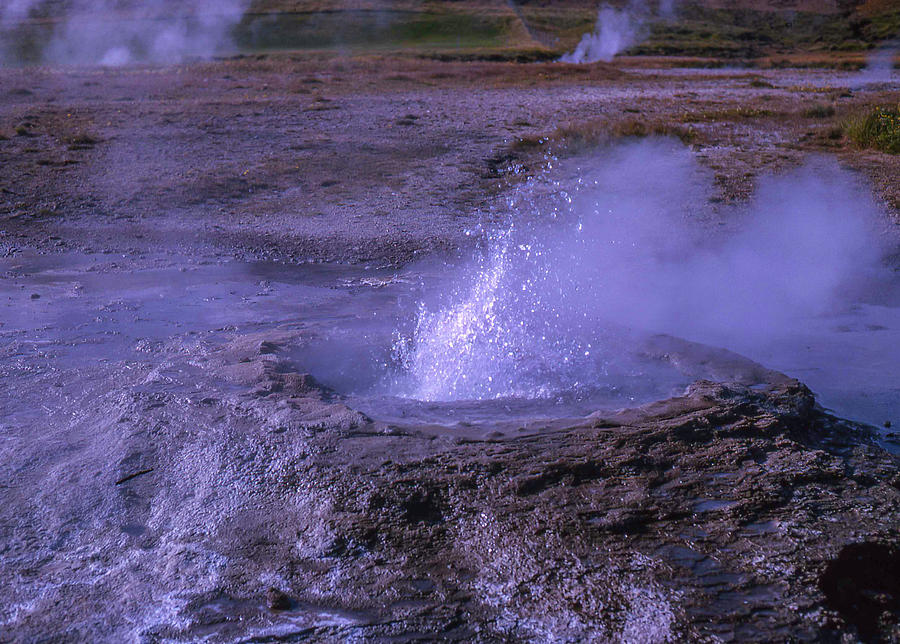 A geyser is a spring characterized by intermittent discharge of water ejected turbulently and accompanied by steam. Generally all geyser field sites are located near active volcanic areas, and the geyser effect is due to the proximity of magma. Generally, surface water works its way down to an average depth of around 2,000 metres (6,600 ft) where it contacts hot rocks. The resultant boiling of the pressurized water results in the geyser effect of hot water and steam spraying out of the geyser's surface vent (a hydrothermal explosion). Over one thousand known geysers exist worldwide. Jet-like eruptions, often referred to as cryogeysers, have been observed on several of the moons of the outer solar system. These eruptions consist of vapor without liquid.
Strokkur (Icelandic for "churn") is a fountain geyser located in a geothermal area beside the Hvítá River in Iceland in the southwest part of the country, east of Reykjavík. It is one of Iceland's most famous geysers, erupting once every 6–10 minutes. Its usual height is 15–20 m, although it can sometimes erupt up to 40 m high. Strokkur belongs to the Haukadalur valley area, where various other geothermal feature such as mud pools, fumaroles and other geysers are located around it, such as the famous Geysir geyser. I took this photo in 1963.
---from Wikipedia