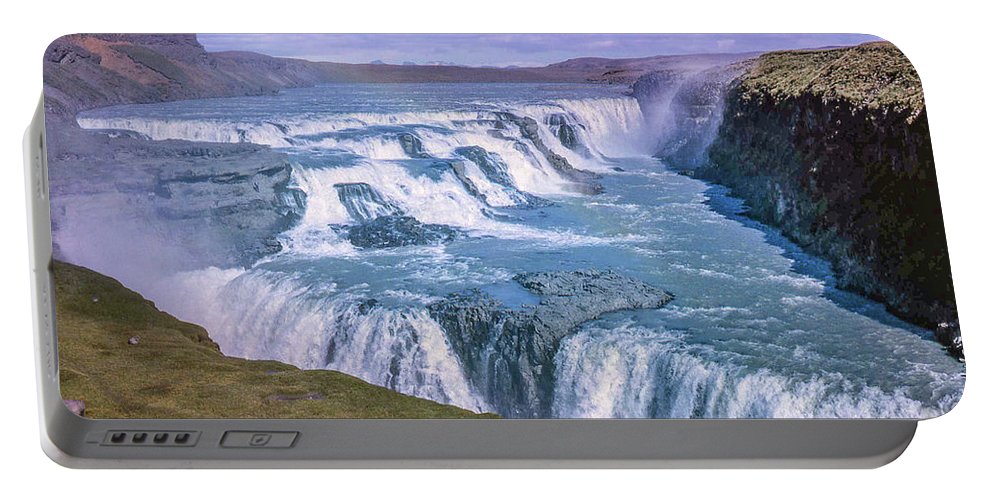 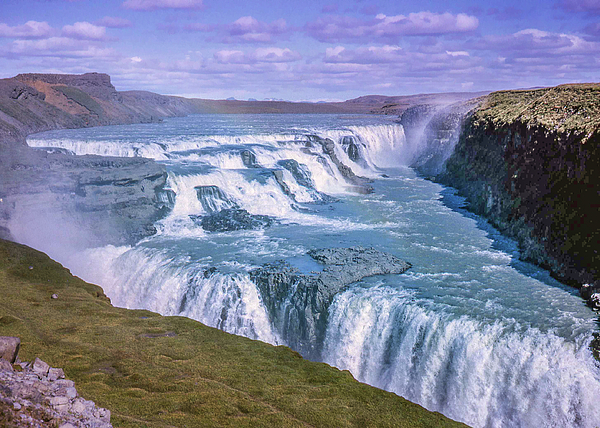 Boundary: Bleed area may not be visible.

Click and drag to re-position the image, if desired.

This product is currently out of stock.

The image is near the edges of the product but doesn't cover the entire product.   Some of the background color may appear around the outside edges of the image.

You'll never run out of power again!   If the battery on your smartphone or tablet is running low... no problem.   Just plug your device into the USB port on the top of this portable battery charger, and then continue to use your device while it gets recharged.

With a recharge capacity of 5200 mAh, this charger will give you 1.5 full recharges of your smartphone or recharge your tablet to 50% capacity.

When the battery charger runs out of power, just plug it into the wall using the supplied cable (included), and it will recharge itself for your next use.

I took this photo in 1963. The Icelandic countryside lends itself to exploration and photography.... more

I took this photo in 1963. The Icelandic countryside lends itself to exploration and photography. Gullfoss ("Golden Falls")is a waterfall located in the canyon of the Hvítá river in southwest Iceland. Gullfoss is one of the most popular tourist attractions in Iceland. The average amount of water running down the waterfall is 140 cubic metres (4,900 cu ft) per second in the summer and 80 cubic metres (2,800 cu ft) per second in the winter. During the first half of the 20th century and some years into the late 20th century, there was much speculation about using Gullfoss to generate electricity. During this period, the waterfall was rented indirectly by its owners, Tómas Tómasson and Halldór Halldórsson, to foreign investors. However, the investors' attempts were unsuccessful, partly due to lack of money. The waterfall was later sold to the state of Iceland, and is now protected. Together with Ţingvellir and the geysers of Haukadalur, Gullfoss forms part of the Golden Circle, a popular...

Looking for the perfect capture remains my quest. To that effect, roaming about with a motor home seems a perfect fit. My wife and dogs and I will be out there whenever possible to capture the views available, and those unique moments to share with our friends and family. Join us in this quest. Richard Websites: RichardJayGoldmanArt.com 2-richard-goldman.artistwebsites.com Email: RichardJayGoldmanArt @gmail.com